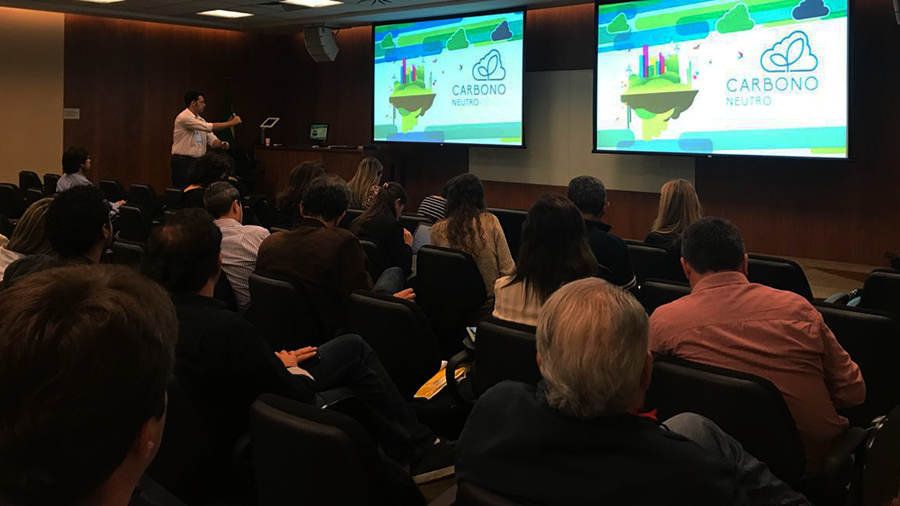 Through Idesam’s Carbon Neutral Program, the organization contributes to the recovery of a 4.2 thousand square meters area in the Uatumã Reserve

The partnership between Idesam and FSC Brazil has already yielded good results in the fight against environmental degradation, with the compensation of 105 tons of CO2. Through Idesam’s Carbon Neutral Program, it was possible to plant 351 native trees in the Uatumã Sustainable Development Reserve (RDS), where the organization of German origins recovered 4,212 square meters in an area belonging to community member Aldemir Queiroz.

The result became one of the highlights of the FSC Brazil 2018 General Assembly Week, the first fully carbon neutral FSC event, that takes place until this Friday (07/06) at McDonald’s University in São Paulo. In addition to board meetings, fiscal council and conflict resolution committee, the week featured a timber workshop and discussions on priority topics.

The carbon offsetting contemplates not only the production of the institutional folder, but also the whole communication campaign named “Forests for All Forever” (“Florestas para Todos para Sempre”, in Portuguese) of the FSC Brazil 2018 General Assembly Week.

“Our greatest goal, throughout the world, is to conserve forests for future generations. And Idesam’s  purpose is the same”, says Aline Tristão, Executive Director of FSC Brazil. “The benefits of carbon offsetting go far beyond the seal, image enhancement, or new business opportunities. This list should include income generation for traditional communities, conservation of Brazilian biodiversity and a change of behavior. And FSC wants to do its part by setting an example”, Tristan adds.

To Idesam’s Executive Director, Carlos Gabriel Koury, the partnership is extremely positive and represents “another practical example of the socio-environmental commitments of FSC and Idesam”.

Idesam’s Carbon Neutral Program offsets greenhouse gas emissions through the implementation of Agroforestry Systems (SAF) in degraded areas of the Uatumã RDS. As these systems combine different tree species and agricultural crops, the farmer’s production is optimized and becomes more diverse, in addition to ensuring the most efficient use of natural resources.