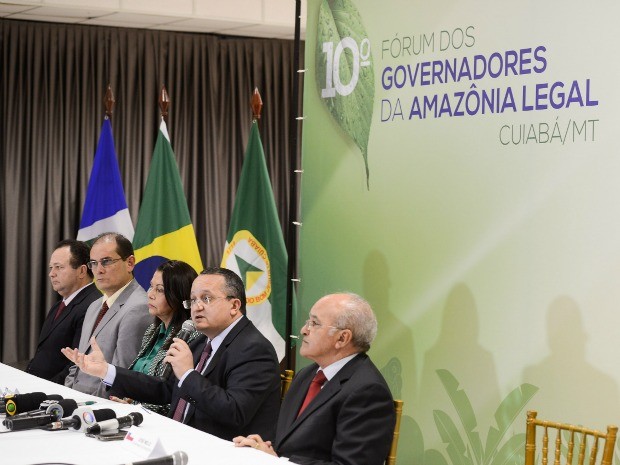 Brazil slashed its greenhouse gas emissions more than any other country by reeling in its once-rampant deforestation. Now that REDD+ is a reality, the governors of those states have renewed their calls for direct subnational payments – and at least 30 NGOs are on their side.

11 June 2015 | BONN | Germany | Even before climate negotiators here signed off on the last stubborn bits of text needed to complete the REDD+ package under the United Nations Framework Convention on Climate Change (UNFCCC), governors of the states comprising Brazil’s portion of the Amazon warned that economic pressures and poor governance were endangering the country’s stunning 70% reduction in greenhouse gas (GHG) emissions. It’s an argument they’ve made before, but this time they have the backing of more than 30 environmental non-governmental organizations (NGOs).

The governors made their case on May 29, on the eve of mid-year climate talks began in Bonn, when the nine-member Forum of Governors of the Legal Amazon (Fórum dos Governadores dos Estados da Amazônia Legal) issued the “Cuiabá Letter,” which will be delivered to President Dilma Rousseff this month. The letter calls for direct state access to international funds for REDD+, recognition of the stock-flux approach for sharing REDD+ benefits in Brazil, and more state participation in the construction of the National REDD+ Strategy, which has been in limbo since 2010.

Then, on June 10, the penultimate day of the Bonn talks, the Brazilian Climate Observatory (Observatório do Clima / OC) – a coalition of 30 NGOs – threw its support behind the governors and issued a scathing attack on Brazil’s REDD+ strategy. The OC’s statement – headlined “Brazil, a Role Model for Redd+… Not!” – was broader in scope than the governors’ letter, but it also warned that the country’s stunning reduction in deforestation was in danger of backsliding if its approach to REDD+ isn’t overhauled.

Both documents praise Brazil’s 70% reduction in emissions from deforestation, which the documents attribute in part to participation in and anticipation of early-start, voluntary REDD+ programs funneled through the Amazon Fund.

“The Brazilian leadership on REDD+, as well as the fate of its accomplishments in the Amazon, is in jeopardy, for a number of reasons,” said the OC release. “President Dilma Rousseff’s administration is doing a poor job on safeguarding forests, on protecting the rights of indigenous peoples and traditional communities, on allowing cash flows to subnational governments and on ensuring transparency and accountability in REDD+ rules.”

We’ve Done Our Part, Now Show us the Money!

The Cuiabá Letter is subtitled “Pact For The Valuation of the Forest and Reduction of Emissions from Deforestation (REDD+) in the Brazilian Legal Amazon,” and it was signed by representatives from nine states: six governors – Tião Viana of Acre, Pedro Taques of Mato Grosso, Waldez Góes of Amapá, José Melo de Oliveira of Amazonas, Marcelo de Carvalho Miranda of Tocantins and Maria Suely Silva Campos of Roraima – and three deputy governors: Carlos Brandão of Maranhão, Daniel Pereira of Rondônia and José da Cruz Marinho of Pará.

It echoes the 2009 Cuiabá Declaration, which preceded the Copenhagen climate talks that enshrined REDD+ in the UNFCCC. That Declaration was also signed by all the governors of the Amazon states, and it also called for a more decentralized approach to REDD+ governance. But REDD+ did not yet exist under the UNFCCC at the time.

Much of the letter focused on Fundo Amazônia (the Amazon Fund), to which the government of Norway has already committed US$1 billion this year, with additional money coming from the German Government and Petrobras. Of the Norwegian money, US$882 million has already been disbursed to finance emission reductions, using a default value of US$5 per tonne, or roughly 206 million tons of carbon dioxide (CO2), which the letter said is the equivalent of just 4.9% of total REDD+ generated in the Amazon.

Both the governors and the OC said the federal government was blocking participation in the creation of a national REDD+ Strategy. “It has been promised three times by the government since 2010, and the last draft of such strategy was leaked to civil society in December 2012,” the OC’s statement said. “Since then it has not seen the light. The government plans to launch it as a Federal Decree without any previous public consultation.

Without the national strategy (dubbed “ENREDD+”), the summary of information on safeguards becomes little more than a piece of paper, with low technical consistency according to UNFCCC rules, it continued. “Without ENREDD+, public officers can pick and choose among actions to be evaluated on REDD+ safeguards. Government programs that cause deforestation, such as road and dam building in the Amazon, can be comfortably left outside scrutiny. How’s that for a safeguard?”

On to Manaus, By Way of Barcelona

This was the first time the Forum of Governors has met since 2009, but several of the governors will also be attending a meeting of the Governors’ Climate & Forests (GCF) Task Force in Barcelona next week. The GCF is a global association of states in larger nations that have committed to reducing GHG emissions, largely by saving forests. The governors also agreed to reconvene later this month in Manaus, but a date has not been set.

The governors’ meeting was preceded by a morning meeting of the state secretaries of environment. During that meeting, Secretary Ana Luiza Ávila Peterlini set the tone by reiterating both the accomplishments and the cost of these efforts.

“The country has been a global player in REDD+,” he said. “It reduced emissions by more than 4.2 billion tons of CO2 in eight years (2006-2013), but these efforts were not rewarded as the Amazon Fund raised only 5% of the potential generated by REDD+ – somewhere around R$3 billion.”

The letter points out that those 4.2 billion tonnes of CO2 are locked in 8.7 million hectares of forest that the states protected from development – in accordance with a federal decree, and in anticipation of REDD+ funding.

Read the entire article on this link. 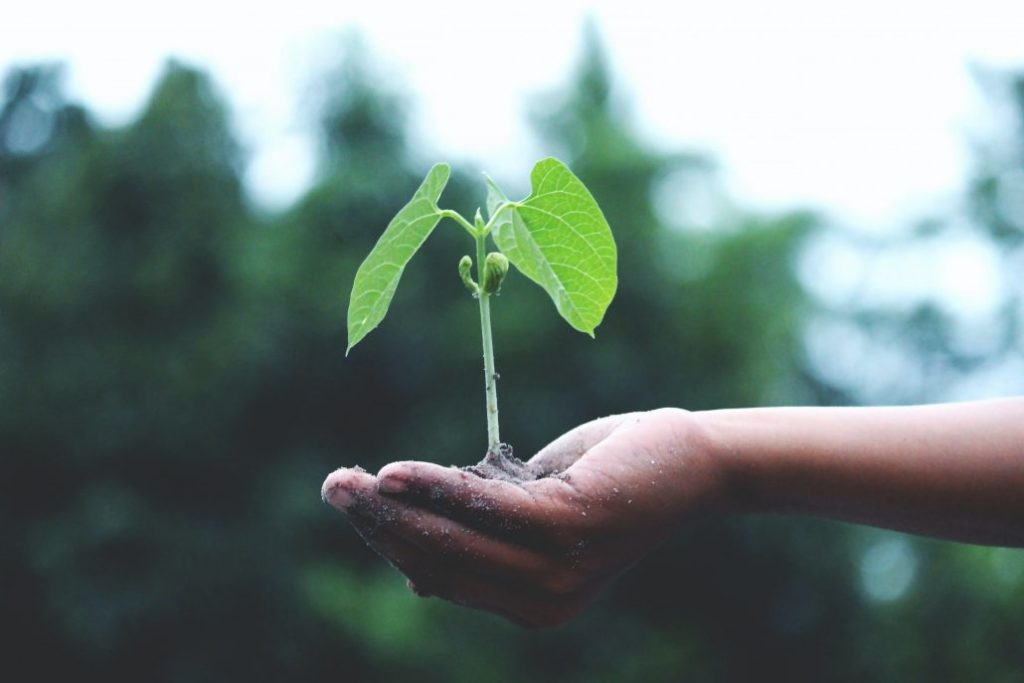 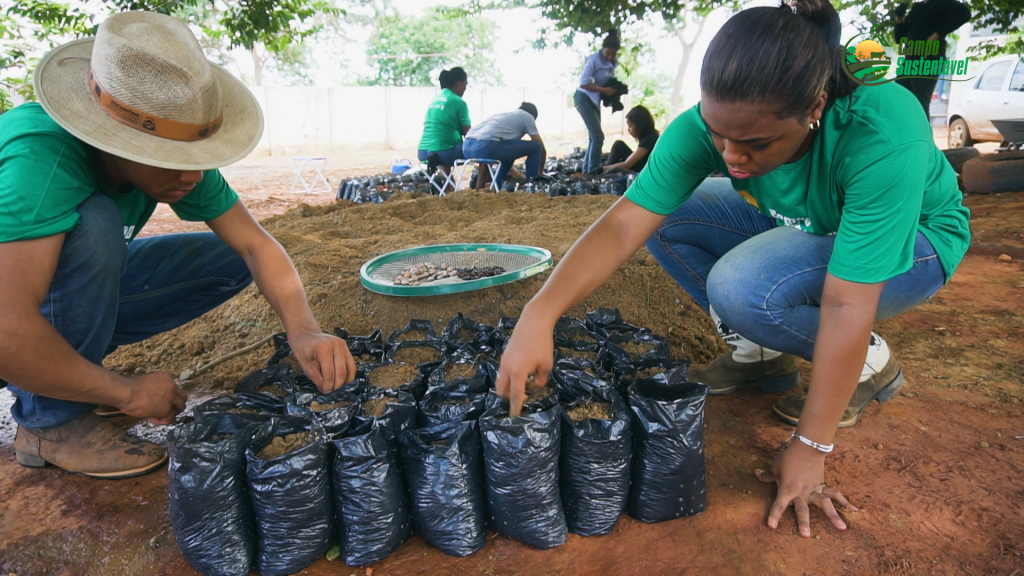 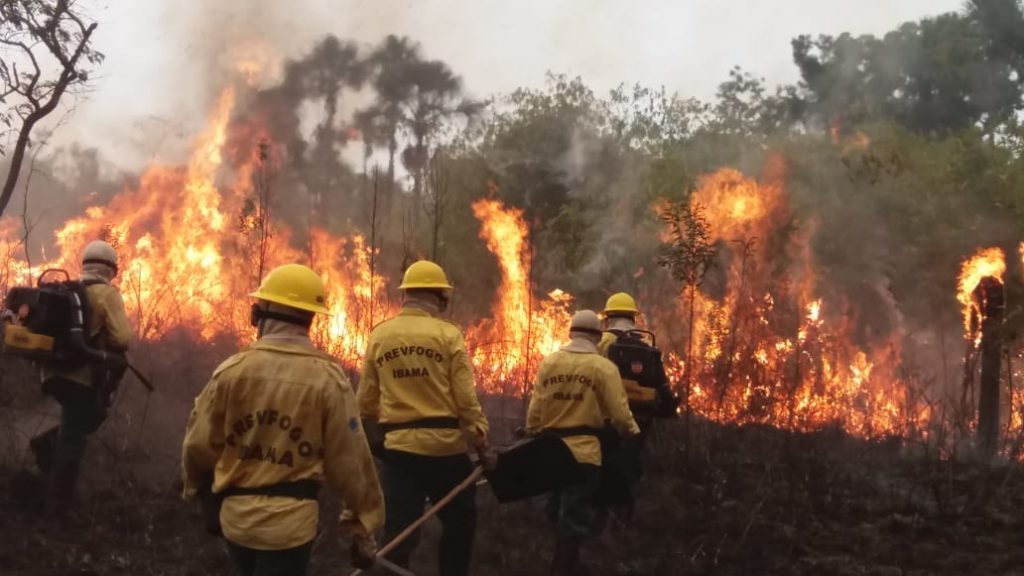 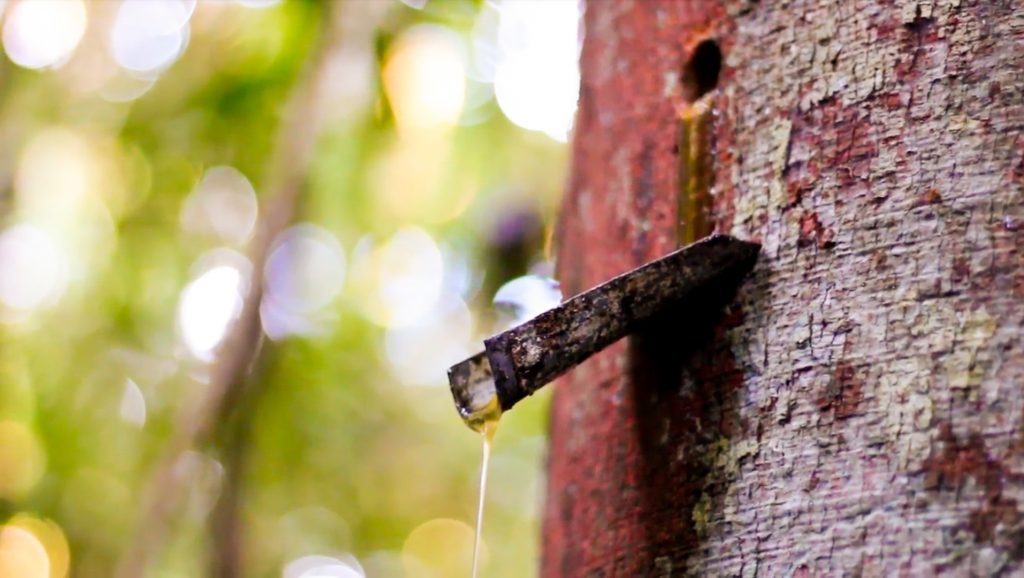 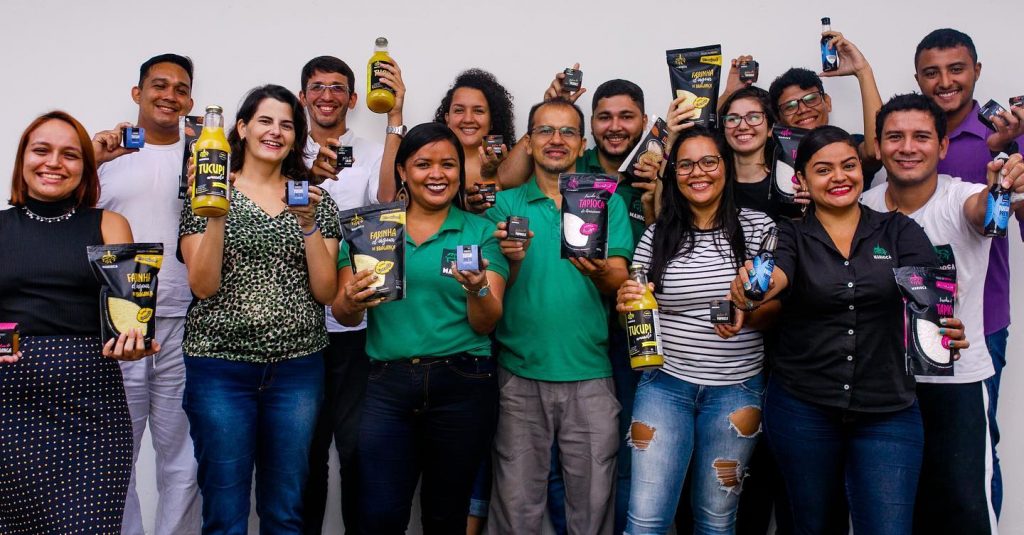 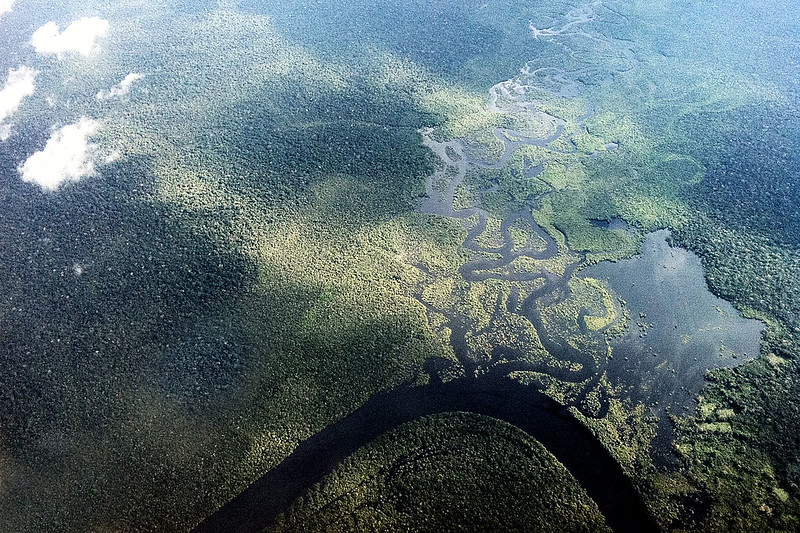 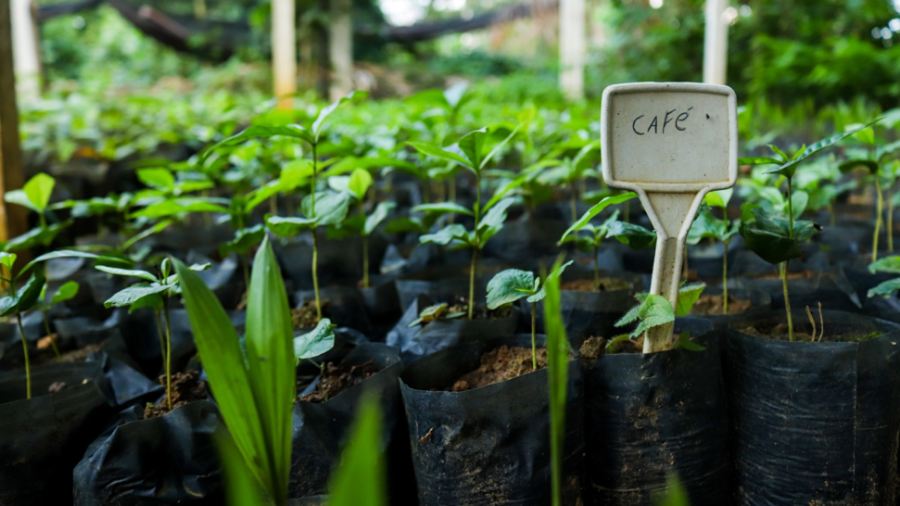 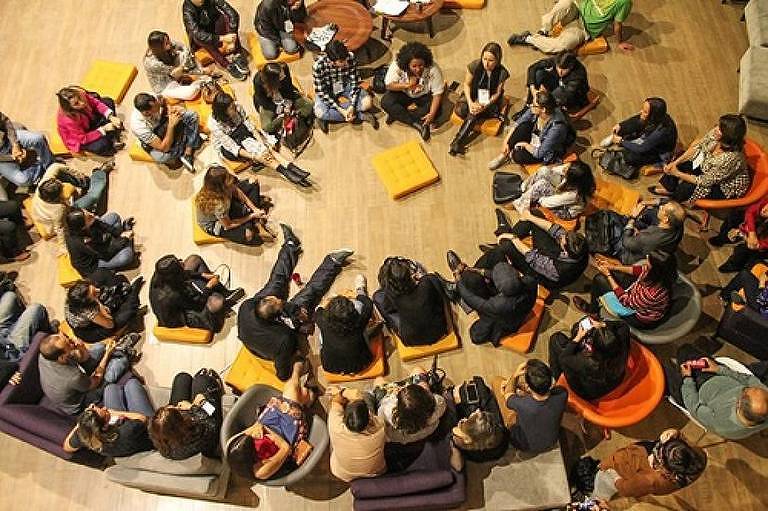