Starting in 2018, five social organizations from the municipalities of Apuí, Carauari, Itapiranga, São Sebastião do Uatumã, Silves and Lábrea will benefit from the Cidades Florestais Project. They are part of a strategic plan that aims to stimulate the multiple uses of forests through the promotion of small-scale forest management and the production of vegetable oils of family and community origin. The project has also a second phase, when it will work alongside with 10 other social organizations from municipalities in the same region of the initial phase.

The Cidades Florestais Project will structure two new vegetable oil production lines, with mini-processing plants in Apuí and in the RDS of Uatumã, in addition to supporting improvements in three already existing ones. The project aims to minimize the low adhesion of modern technologies and to introduce new tools that help in the forest production. As for timber production, the project supports the implementation of 25 management plans, executed by 15 social organizations, aiming to increase 40% of the current supply of wood from small-scale timber management plans in Amazonas.

The project also foresees the structuring of a Forest Center, a kind of technological nucleus, as well as the development of the Cidades Florestais app. These will enable the implementation of large-scale forestry extension, with low cost and more attractive to the young public.

With a total budget of R$ 12 million and a 36-month forecast to be implemented, Cidades Florestais Project is an initiative of Idesam in a partnership with the Amazon Fund, which will use funds from the Brazilian Development Bank (BNDES).

Context
Files
Community forest management, both timber and non-timber, has been identified as a tool to reduce deforestation, as it is characterized as an important source of sustainable income for managers and an alternative to predatory practices of conventional exploitation.

When carried out in a communitarian way, management has the potential to strengthen the social and political space of families and the community – since they must act as protagonists in the production and organization process – besides providing productive inclusion, guaranteed income and greater appropriation of the land. However, there are barriers to be overcome for the consolidation of community forest management, such as: ensuring access and use of the forest, strengthening social organization, credit, technical assistance and market access.

Management promotion is particularly relevant in the state of Amazonas, which, on the one hand, holds the largest area of ​​conserved forest in the Amazon, but, on the other hand, showed the highest deforestation growth between 2015 and 2016. Although approximately 10% of the area of ​​the state of Amazonas is devoted to plant extractivism, the participation of low-scale timber management plans in relation to total licensed volume was not very significant: 4% during the period from 2010 to 2014. And, according to a study of IDESAM, only 20% of the volume of wood licensed in 2014 from small-scale management plans developed by the institution were commercialized. 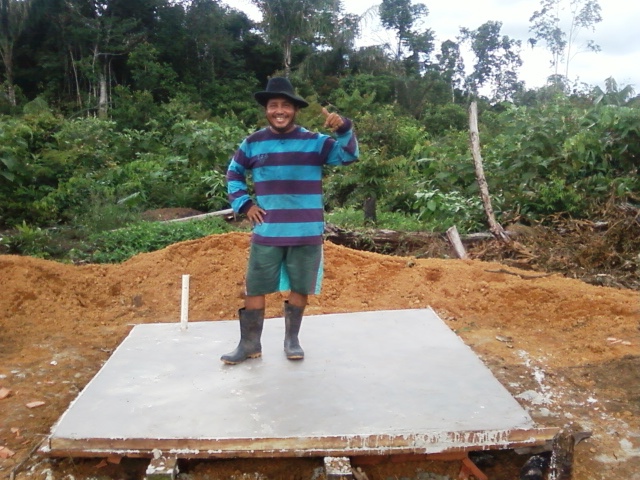